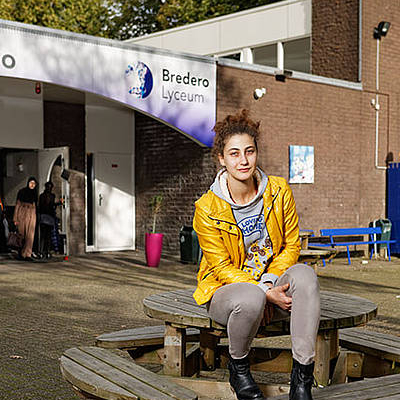 She has been working as a professional performer since 2004.  She is a close collaborator of Dance House Lemesos, Centre of Performing Arts MITOS and pelma.lia haraki.

In 2012, she took part in the European Program Leonardo Da Vinci for training and research in Poland in collaboration with Centre of Performing Arts MITOS and Polish theatre company Sztuka Nowa.  In 2013, she became part of the Research Group of EU Cultural Program Songs of my Neighbour.  She has received a 2013 Dance Web Scholarship.

She has been creating her own work since 2011.  Her last work, In Wonder(?) Land, was presented at the Athens and Epidaurus Festival 2013 and the B.Motion of Operaestate Festival Veneto 2013 in Bassano del Grappa, Italy.

With Arianna Marcoulides and Eva Korae she created bytheway productions, a dance, devised theatre and applied arts company.  Together they also made movement video About Side Walks which was presented at the Limassol International Documentary Festival 2010 and the local media.