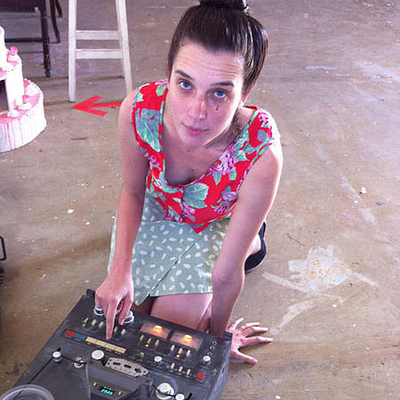 Interdisciplinary artist and performer Tchelet Weisstub (1984) was born and is based in Jerusalem, Israel. She studied dance at the Rubin Academy for Dance and Music. During her army service she worked in forensic photography. From 2004 to 2008 she studied at the Jerusalem School of Visual Theater.

After completing her studies, she worked as artistic producer and co-founder of Project Bamakom, a site-specific project, which has initiated performances and workshops in cooperation with visiting artists from Poland, Holland and Austria. She was artistic director of an artist collective, Hamecheya, a gathering of artists from the fields of visual arts, music, cinema, photography and performing arts. The group seeks to find a common language for producing interdisciplinary events, where the audience can enter into various encounters/events, while the totality of the sub-events constitutes a whole, sharing common themes.

A  recent event (May-June 2011) was at the Museum of Nature in the German Colony in Jerusalem, where the audience experienced the various events within a natural outdoors setting.

This past year she was assistant director and designer at Hamartef Theatre, a theater school for youth at risk.

In her performances and film work Tchelet combines body movement with concrete materials (ashes, milk, body casts) and creates sets which are designed to change the audience’s perception of the performance space, such as having the stage itself move towards the audience.

Currently Tchelet is working on a co-production with the dancer and choreographer Tabea Martin from Basel, titled When You're Dead You're Done, to be performed at the Culture Scapes Festivals in Israel and Switzerland. The work is produced in conjunction with the Hazira Theater and the CultureScape Festival, Switzerland.