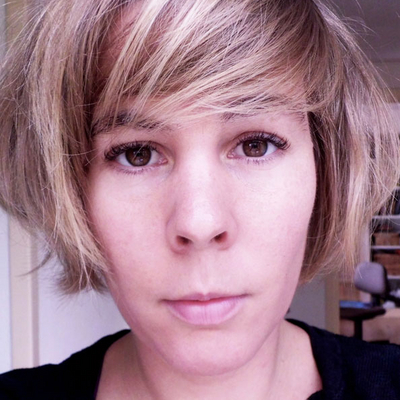 Emke Idema (1980, NL) studied Dutch literature in Groningen and performance at the Theatre Academy of Maastricht. At DasArts she developed theatre formats on the edge of sociology, game and theatre. During her IT (individual trajectory), she developed the performance STRANGER: a life-size board game that tries to reveal the tension between our social norms and our intuition by asking from the audience to participate and express ideas about people they don’t know. This well-received performance was and is presented internationally, a.o. at Oerol Festival (Terschelling), Cratere Surfaces Festival (Ales), Stockon International Riverside Festival, Theater aan Zee (Oostende) and Next Festival.
Emke’s latest (Master Proof) performance, RULE TM also has a game concept, and deals with issues of migration, exclusion and a majority democracy. It questions the audiences’ position in a system of rules. It had its Dutch premiere at Frascati Theater in Amsterdam and is and will be shown at different venues in the Netherlands, Belgium, Germany and France. Both STRANGER and RULE TM will be adapted to Arabic in the spring of 2015 to be performed in Egypt (Cairo and Alexandria).