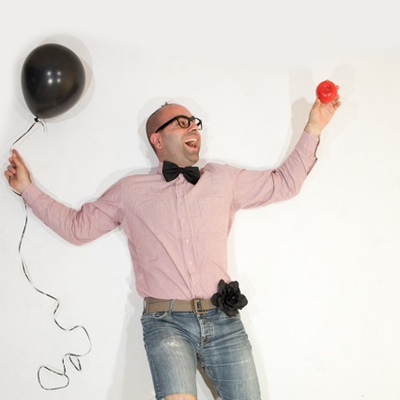 Manolis Tsipos (1979) was born in Athens, Greece. He is a theatre maker, writer and a performer.He also creates videos. He has studied in an Acting School and he has got both a BA and a MA on Environmental Studies. He has co-founded the Athens based theatre group Nova Melancholia which focuses mainly in site-specific performances, with participations to several festivals or institutions, e.g. Athens Festival, Athens Biennal and other stages (e.g. Greek National Theatre) and found spaces.

As a writer, he mainly focuses on ‘’texts for theatre’’ which are texts-collages and in contradiction to classical plays, and has been awarded with several prizes and publications. He also writes film scripts and novels. Today he finds himself in a moment of transition in which he tries to re-invent his method of work and re-define himself as an artist in the performing arts.

Before coming to DasArts, Manolis Tsipos (GR) was working as a performance maker, performer and writer with his performance collective “Nova Melancholia”, in Athens, Greece. At DasArts, Manolis expanded his artistic tools in the direction of choreography and visited ImPulsTanz (Vienna) as danceWEB/Jardin d’Europe scholar. Currently, Manolis is active in an international network of choreographers, performance makers and thinkers as a co-founder of the Institute for Live Arts Research (http://liveartsinstitute.wordpress.com/). The most recent activity of the Institute has been a research group which explored the notion of Lawlessness during a residency in Het Veem Theater, Amsterdam. Furthermore, he is working as a mentor for the 3rd year SNDO students and as a dramaturge for other artists and DasArts colleagues. Manolis gives workshops on the DasArts Feedback Method in the Netherlands and abroad. In Amsterdam and abroad, Manolis engages in a broad artistic field. In July 2014 one of his texts [Nature Morte] was published in France after being produced in the official Avignon Festival. In December 2014, his latest performance "Lyricism" has premièred at the festival "Les Urbaines", in Lausanne, Switzerland.