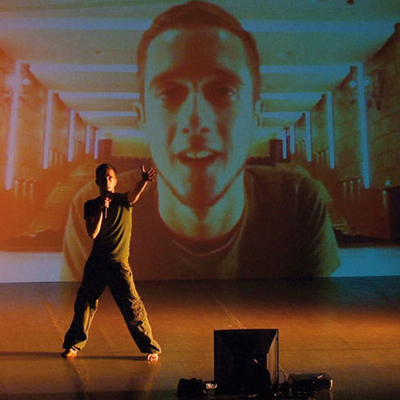 Pere Faura is a Spanish choreographer based in Amsterdam. He graduated from the School for New Dance Development (SNDO) in 2006 with the piece ‘this is a picture of a person I don’t know’. This piece won the ITs Festival award and was selected for Dansclick, which is an extensive tour of the Netherlands with a combined program by upcoming choreographers. Afterwards, he became resident choreographer in Frascati Theater, Amsterdam where he created choreographic and filmic projects, such as ‘Striptease’ and ‘Do you have a cigarette? and other ways of approaching’. His work is always multi-disciplinary, playing with references to pop culture as an element to trigger collective memory. Faura has been presented in many national and international venues.