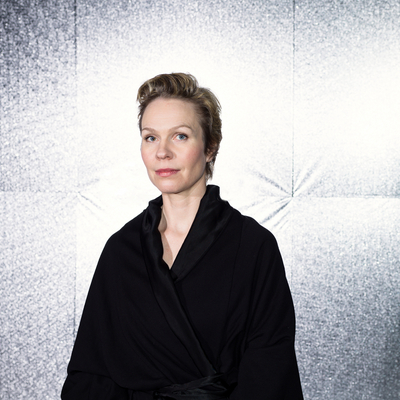 Maija Hirvanen is a choreographer and performance maker based in Helsinki. She has created performances that have been presented e.g. at Tanz im August/Berlin, ImpulsTanz/Vienna, Sadler’s Wells/Lilian Baylis Studio/London, SPRING Festival/Utrecht, Seoul Performing Arts Festival, Rencontres chorégraphiques internationales de Seine-Saint-Denis and Dansens Hus/Stockholm and Zodiak, Kiasma, Baltic Circle Festival, Helsinki Festival and Moving in November Festival in Helsinki. Maija has co-led and taken part in many international artists laboratories and is involved in teaching and curating in and outside of institutions. She was the in-house choreographer at Zodiak – Center for New Dance from 2013–15.

Maija’s interests include the relationship between art and different belief systems, collaborative processes within cultural practices and pathways of re-learning.

With my research Performing Interconnections, I’m focusing on alternatives to the human centred conceptions of performing arts. My research “writes open” and artistically works with modes of co-living with other species and forms of life through performative, choreographic and language related means. The spatial context and timeframe for my research moves beyond the Western (constantly progressive) timeline of the last couple of centuries, and starts with deep time, placing human first in relation to the geological and ecological time of the earth. The artistic research practices I’m developing through Performing Interconnections include interdisciplinary work with choreography and mycology, working with notions of imagination, interspecies practices, creating choreographic vocabulary stemming from more-than-human encounters and various modes of writing.