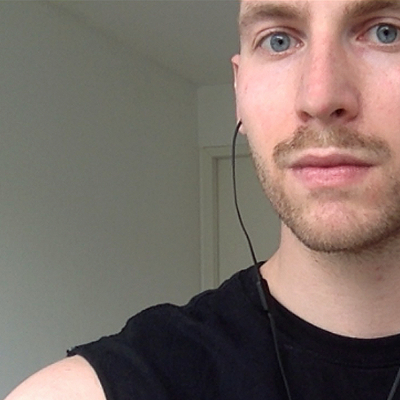 Áron Birtalan is an artist, teacher, and researcher who makes games, rituals, unusual gatherings and educational initiatives. Working together with players and their imagination as an artistic medium, he facilitates playful social experiences called Transformation Games. Through his work, Áron encourages people to tap into a gentle, yet powerful territory where make-believe, art, and magic mingle. His work advocates for the political role of playing and playfulness as a means to radically new thinking and action in times of crises.

With a background in role-playing, performing arts, and critical social practices, Áron is interested in bringing his work outside the established frames of art and into alternative initiatives of culture and pedagogy. He is also active as a musician, a teacher and advisor in experience and consent design, and co-runs a three-week children's fantasy camp in rural Hungary.

Ways to Play has its roots in a series of illegal role-playing camps during communism in Central-East Europe, where make-believe was not a way to escape from reality but to critically re-imagine it. These camps’ tactics were equally informed by the illegal activism, radical pedagogy, folklore, children’s games and performing arts: creating a practice of socially engaged playing of both high artistic-pedagogical quality and political potential.

Experiences developed in the Ways to Play research project carry a similar ethos: they are both independent art-works in their own right and are designed to form the base of a new, socially engaged artistic-pedagogical practice. This new practice is the proposed outcome of the research project and is to be presented in the form of a collection of art experiences (as examples for the practice) and an accompanying handbook for the practice’s adaptation and transmission. Analogous to the experiences themselves, engagement with the handbook would be an experience by itself. It would go beyond the explanatory description and actually show the reader-player how it’s done.

The project is a part of a larger research trajectory exploring practices of playing for critical reinventions of society and the empowerment of subjectivities in the face of neoliberal and illiberal narratives.