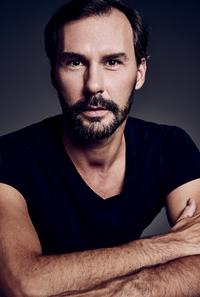 Jozef trained at the Conservatoire for Dance in Bratislava and at the Académie de Danse Princesse Grace in Monte Carlo. He has won awards at several international ballet competitions and received the Alexandra Radius Prize in 2010.