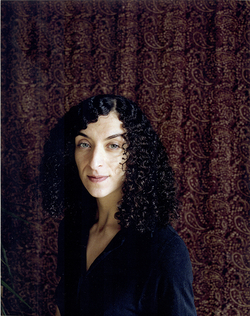 The spiritual body – prismatic approximations towards how 'the soul' acts in the dancing body, is an extension of earlier research conducted in the context of the MA artistic research at the UVA.

The research is subdivided into three parts:

I. Constructing an open epistemology and ontology of how 'the soul' might be considered as acting through the (dancing) body via a dialogical/comparative literature research along two axes: the edge between physics and psychology and the edge between metaphysics and revelation.

II. Practical research in and through dance and choreography into non-verbal principles of experiential validity in dance that condition the logic of its expression- possibly contextualized within a spatial paradigm informed by projective geometry as it is imagined in anthroposophical forms of thought.

III. Reflections on possible relations between I. and II.

The MA thesis reflected upon the relations between Western esotericism and dance theory under a.o. the heading of “bridging other epistemologies: underneath and beyond the rational.” As an expansion of this theme, the aim is to theoretically approach and practically express a specific, intuited expansive experiential field underneath and beyond the mind/body or mind/matter divide from the reflective perspectives of a selection of theory based and art practice based angles.

ERROR: Content Element with uid "76324" and type "media" has no rendering definition!

Read more about Suzan's research activities and projects in which she participated.