Hello and goodbye: residents old and new at DasArts

Dramaturge Georg Weinand has been appointed to the post of artistic leader at Dampfcentrale Tanz in Bern, Switzerland // DasArts is home to the Domein voor Kunstkritiek // Residency of Naomi Srikandi.

Starting on 1 October, dramaturge Georg Weinand has been appointed to the post of artistic leader at Dampfcentrale Tanz in Bern, Switzerland.

In the light of changes expected within the Theatre School, DasArts has decided to allow enough space for the tasks of the dramaturge to be filled in differently. Instead of the job being done by one person, the role will be split between different members of staff and external parties for the time being.

Choreographer Andrea Boži? will now take over the artistic follow up of students. Theatre-maker Edit Kaldor will be our sparring partner for the development of the 2013 curriculum. Both Andrea and Edit have also regularly acted as an advisor for DasArts students.

Meetings with Jeroen Fabius, artistic leader of the Amsterdam Master of Choreography course, will also be intensified, with a view to closer collaboration between the two mastersprogrammes.

Since September, DasArts has been home to the Domein voor Kunstkritiek. (www.domeinvoorkunstkritiek.nl/), an initiative that used to operate under the auspices of Theater Instituut Nederland (TIN). In view of TIN’s imminent closure, the team will be able to continue developing projects from their new home at DasArts. We’re convinced that this co-habitation will spark off some unexpected connections between the writers and observers involved with the Domein on the one hand, and DasArts artists on the other.

In September, DasArts played host to Indonesian theatre-maker Naomi Srikandi, who was artist in residence as part of the project ‘Ervaar daar hier theater’. This programme is a joint initiative of the DOEN Foundation, Hivos, the Prince Claus Fund and the Performing Arts Fund.

Naomi Srikandi took part in DasArts’ introduction weeks, where the new intake of students was given the chance to get to know one another, the city and a range of cultural players. She also met with other organisations, including the Noord Nederlands toneel, the Zina Platform, and the Boogaerd/Van der Schoot theatre group. The exchange was a positive experience for all involved. 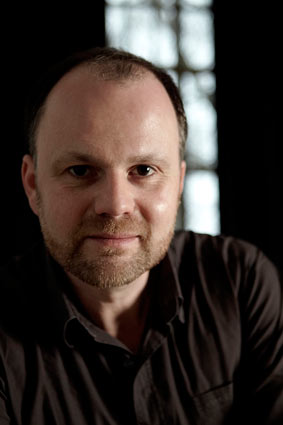